A Long Tale of Two Quilts

It all began with a guild challenge around 2006.  The program topic was the color wheel and color theory. 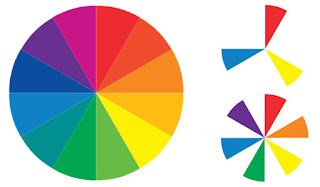 Above is the color wheel we all probably grew up with; you know, red and yellow make orange, yellow and blue make green, etc.  You may not know that an expanded color wheel was developed in the printing industry known as the Ives color wheel or CMY (cyan/magenta/yellow).  This is the one I used. 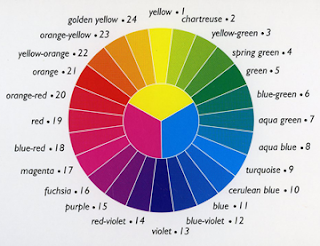 Participants were all given the same line drawing of an 8x8 16" block but different color schemes. We were to interpret our assignment for the best effect of color and value pairings.  I don't remember exactly what my assignment was; I think it was either triadic or split complimentary with something analogous thrown in as well as an accent!  Whew!

Anyway, I used this fabric as my inspiration. 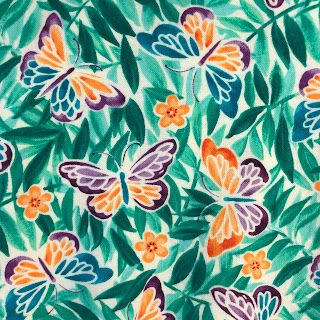 While most participants came up with a variation of a star for their block, I went to an interlocking design. 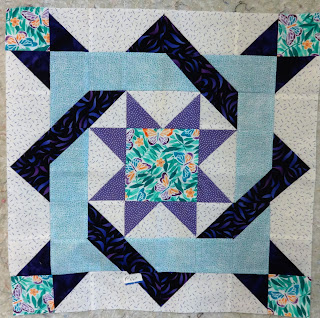 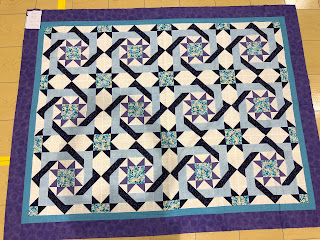 As is often the case, I had lots of pieces and parts left over -- not enough to make Tropicana any bigger, but more than I wanted to trash so I held on to them until last week when I added some puss-in-the-corner blocks and threw this little gem together. 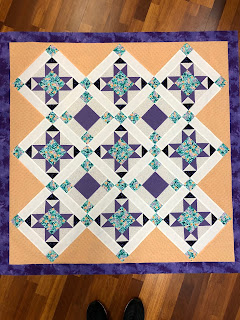 This one will go in the periwinkle guest bedroom.