I've had a rough week with health issues, including a brief hospital stay.  And, to make matters worse, my I-cloud is full so no pictures have uploaded for over a week so I couldn't even show you the exciting thing I was working on before the interruption.

But today I had an inspiration:  email the photo to myself!  So that's what I did.  You may remember the cute border print I picked up at the end of last month. 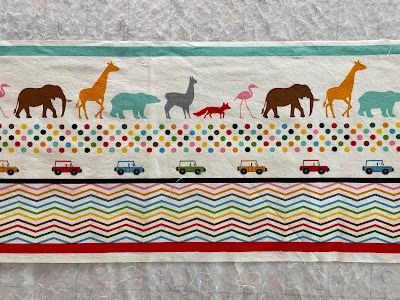 This is what it grew into: 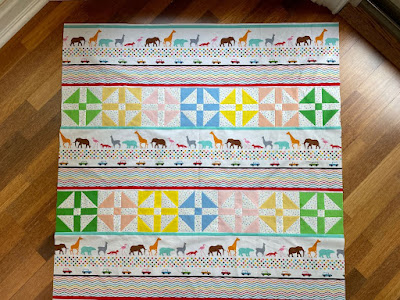 Several bloggers have responded to Leeanna's  I Like Thursday prompt: kitchen tool that does what it's paid for.  Which prompted me to mention MY favorite tool that I didn't have to pay for ... 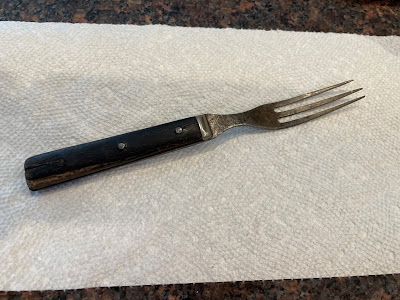 ... my grandmother's kitchen fork.  The tines are fine enough to test for doneness, yet they are strong enough to turn a large chunk of meat in the skillet without releasing the good juices.  One of my sons refuses to use it because he says it's rusty.  It's just the patina, I say.

What does one who is already packed and ready do when Sew Day has been cancelled?  I sewed anyway, wouldn't you?

Yesterday I was planning to continue cutting and kitting up blocks for a couple of baby quilts that will be donated to the pregnancy center in town.  So that's what I worked on -- at home.   And, yes, I've started yet another new project.

When I was in Jonesborough at the end of last month I found this darling border print on the sale table at Tennessee Quilts.

I have cut it into strips and plan to use it as an alternate row to a row of pieced blocks.  I chose Grandmother's Choice II (from Judy Hopkins' 501 Rotary-Cut Quilt Blocks) in a 6-inch size for my blocks. 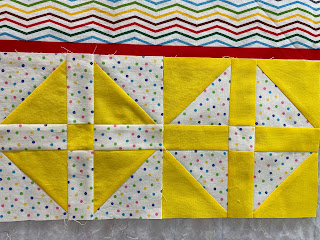 I'm using a variety of solids to go with the multi-color polka dots.  My plan is to alternate solid outside triangles with the dotted background triangles when the blocks are placed together. 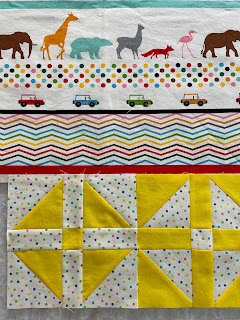 I was really looking forward to going to Devo and Sew yesterday so that I could show you the progress made in my Log Cabin Star class two weeks ago.  I was thrilled with how well everyone did in the class and I've seen pictures of two finished projects already!  I'm going to miss the next couple of sew days so I'm hoping pictures will come my way (that's a hint to the gals who read my blog ...)

A Bad Case of Start-itis

I don't know what's come over me. Since June 9 I have started four new projects.  And the more amazing thing is I have kept at them!

All of the Zinnias are made and have been carefully arranged (and re-arranged) on the design wall. 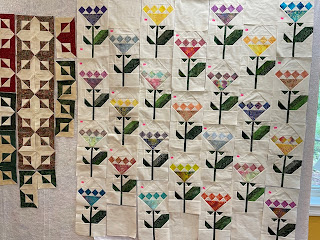 The first two columns have been stitched together and removed to make room for that project on the left.  It is Tuscan Vineyard (Happy Stash Quilts/Marcia Harmening). 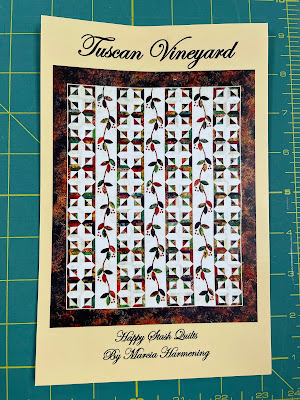 Since I am not a fan of applique in large doses, I have substituted a strippy fabric that I've had in my stash for quite a while.  I had previously selected a variety of scraps to use for 9Ps or something simple with the strippy fabric, but I fell hard for those crosses.  I'm still trying to decide how I will arrange the cross blocks as they are a mixture of fabrics. 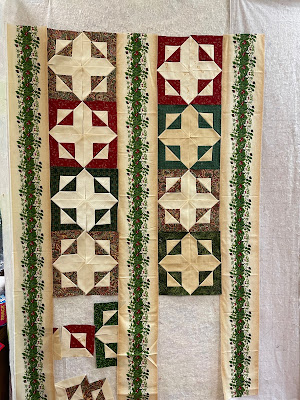 It will have the "look" of Christmas without being "in your face" obviously Christmas.

I started and finished a small top while at retreat (Peaceful Retreat), and I have started another Log Cabin Star table topper to use as step-outs in a class I will be teaching at Quilt Camp at Cedar Lakes in October.  I did a dry run with my Devo and Sew friends on Tuesday and I was impressed with how well they did.  More on that in the next post.

WAY back in January 2020 I submitted a small quilt to be part of a touring display to commemorate the 100th anniversary of American women winning the right to vote with the passage of the 19th Amendment.  My quilt featured 36 rosebuds (worn by supporters of the amendment) because Tennessee was the 36th state to ratify the Amendment, making it official. 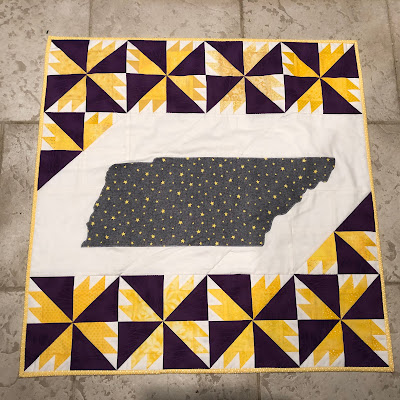 Because the first women to vote in a previously closed election after the 19th Amendment went into effect did so in South St. Paul, Dakota County Minnesota, the Dakota County Star Quilters hosted a nationwide challenge to create small quilts honoring the American women's suffrage movement.  (Coincidentally, 36 quilts were submitted from 16 states.)

I was able to see the display when it began circulating again at the National Quilt Museum in Paducah, KY September 1-October 16, 2020. 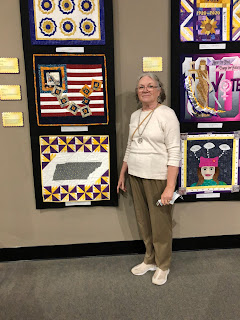 From Paducah it went to Winona, Minnesota through the end of 2020 when more shutdowns began.  Circulation began again in June of 2021 and my little quilt visited Hastings, MN; Hamilton, MO; Minetonka, MN; Hudson, WI; Winterset, IA; and St. Cloud, MN.

Well, my little quilt has fulfilled its mission and returned home yesterday,

complete with a commemorative label. 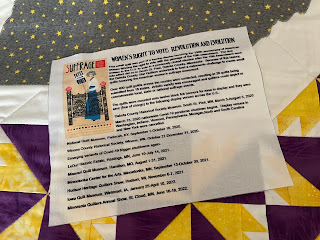 It only took me three and one-half days, but I got all the flower blocks made for Zinnias and will finish the top this weekend (more realistically, next weekend😐). 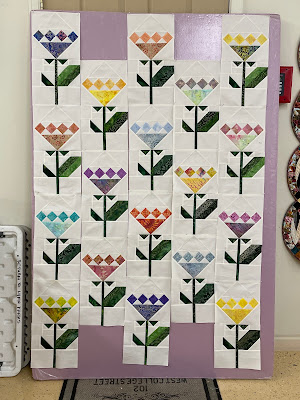 Only the first eighteen are pictured on my board above.  The last seven are mostly dark and I need to get them up on my larger design wall at home to get an even balance of the colors and values.  I am so in love with these blooms!  So unlike anything I've ever done (or possibly ever will), but it was well worth the challenge.  I'm so glad I did all the cutting and kitting at home.  I kept forging on because I knew that if I put it away I would forget what I was doing.

On my last day at retreat I embellished this Asian panel that has been in my stash for several years. 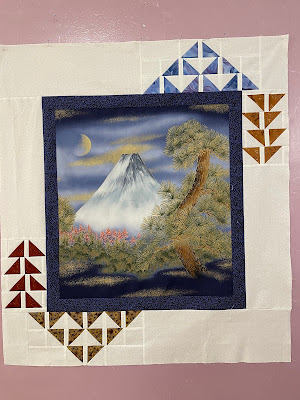 The pattern is Peaceful Retreat (Pine Tree Country Quilts).  It was designed for a larger panel so I had to scale things down a bit.  Mine is 34" x 38" whereas the pattern version is 58" x 63".

I don't know when I've ever been to a show or shop, purchased two patterns, and finished both tops within 4 weeks!