... and a retreat update

I recently -- well, maybe a month ago -- bought two hanging baskets to brighten up my front garden.  I was so proud of them, but never got around to taking a picture.

About a week ago the deer discovered this one. 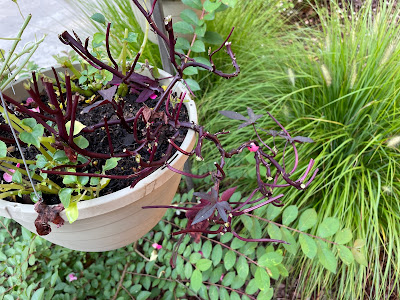 I was beyond depressed so I moved both up on the front stoop until I could face the situation.  Look at what I discovered when I returned from retreat ... 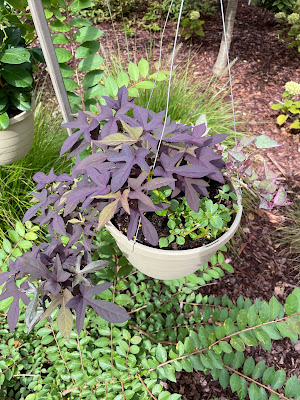 Even the impatiens are regenerating. That is the same purple vine!  I've been calling it sweet potato, but I wasn't sure so I googled it and, indeed, it is sweet potato vine.

Apparently the deer don't like mandevilla, as they never touched it. 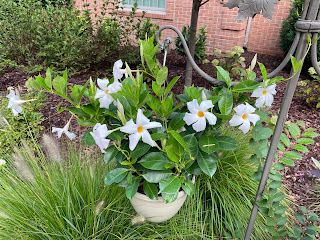 After getting complacent about the deer, we have started to apply Deer-Off again.  Gosh, that stuff stinks!

Looks like the S'mores got out of retreat just in time.  This is the dining hall this morning. 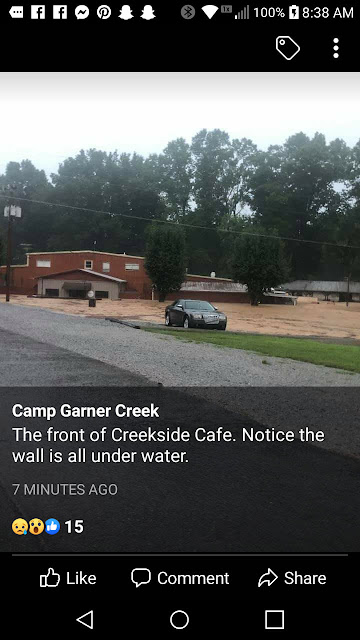 As I said in an earlier report, we no longer use the dining hall for meals.  The lodge building we were in is uphill a bit from the dining hall.  The wall that is referenced was built a couple of years ago after two major floods.  Looks like they didn't build it high enough!  So sad.