There is a lot to show and tell so I split my retreat wrap-up into two parts, the second being what others accomplished.  Part 1 is here.

I always come away from a S'mores retreat inspired by what my talented friends are working on.  Most of them spent their time working on a single project, whereas I worked on a lot of little finishes.

Becky, the Teal Lady, learned to use the serger she purchased in 2017 with help from some experienced sergers.  She used it to bind several quilts including this one with Minky on the back. 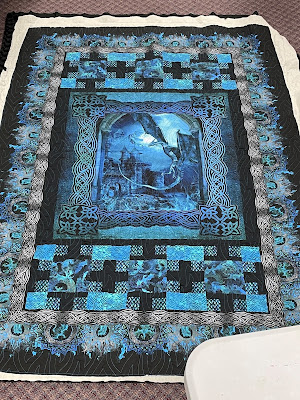 Sena-1 put binding on this quilt that Kim had quilted, then she worked on finishing her Patricia Kaleidoscope shown in the background. 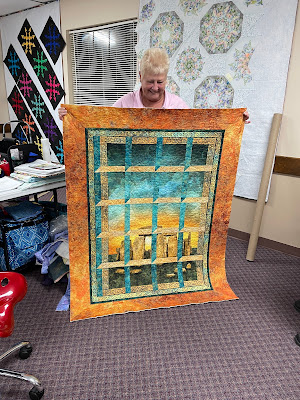 Meanwhile, Sena-2 spent all of her time on this absolutely gorgeous Kaffe Fassett design. 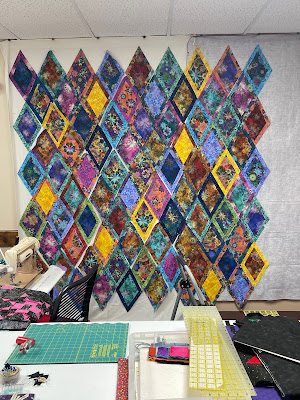 Mandy assembled two tops that she will probably sell in the gift shop of her B&B. 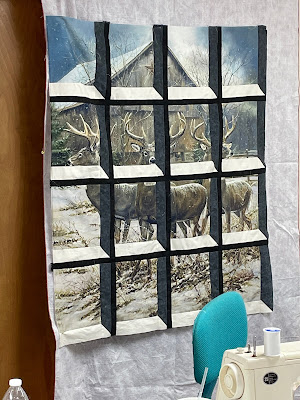 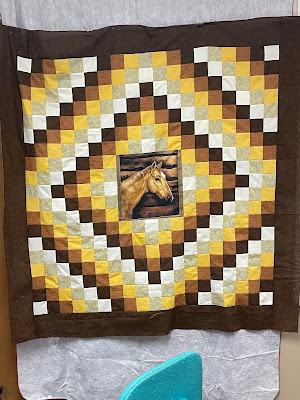 Susan worked on an assortment of little projects, including the hand-pieced tumbling blocks. 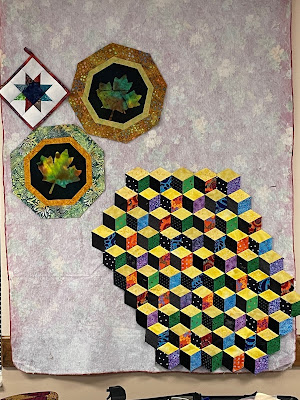 Donna spent much of her time working on Bonnie Hunter's Unity quilt.  She had trouble with one of the rounds being almost an inch too big and is wondering if others who made this quilt had a similar problem. 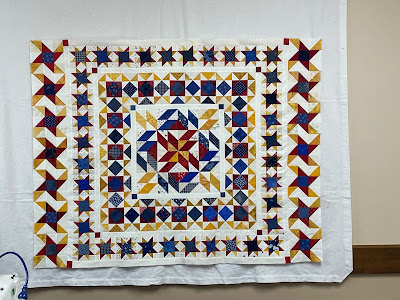 Ruth used her time to assemble these blocks and add borders. 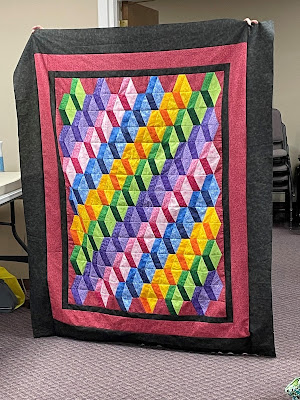 Meanwhile, Shirley finished the center of this quilt (only partial shown here) by the same designer as Ruth's whose name I can't remember right now ...  She will add borders at home. 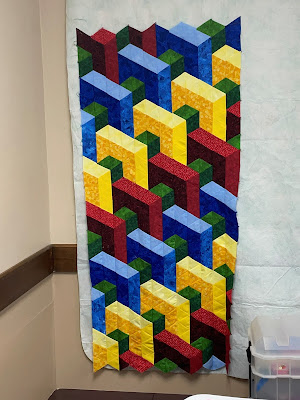 Nancy assembled this striking Wink and a Smile (also known as Shooting Stars) but didn't have enough fabric for the borders.  It is amazing how reverse value placement in the center 9-patch changes the whole look of the block! 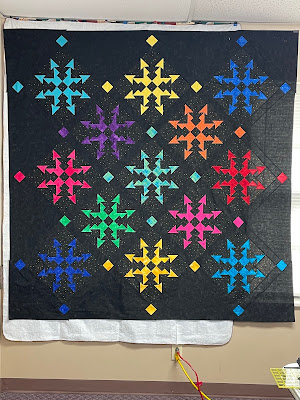 All-in-all it was a very productive retreat for everyone.  My apologies to those whose quilts I failed to photograph.
Posted by Libby in TN at 10:24 AM