No Longer a Secret

After rain and hail much of the night, the tornado siren went off about 7:30 a.m.  Since it wasn't the normal time for a "test," I checked my phone and, indeed, we were under a tornado warning so we headed to the basement to our "safe" southwest corner, which happens to be my sewing room 😃.  We had about 5 minutes of hurricane-force straight-line winds. 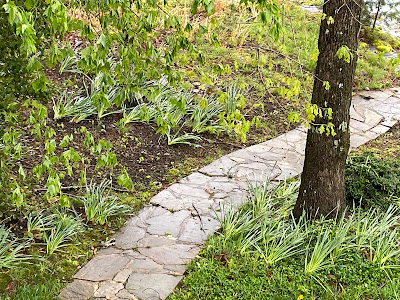 Other than a few small limbs strewn around, the only other evidence (or so we thought) was the uniquely singular direction of all the daffodil foliage.

About 11 a.m. Mr. Lakeside happened to glance out the windows on the other (northeastern) side of the house. and this is what we saw. 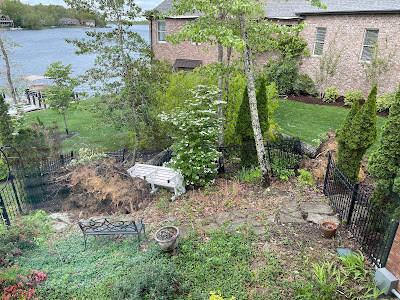 That's a big root ball on the left; and another on the right.  Two huge oak trees fell and took out a good portion of the garden fence.  But, worse than that, the neighbor's gutter. 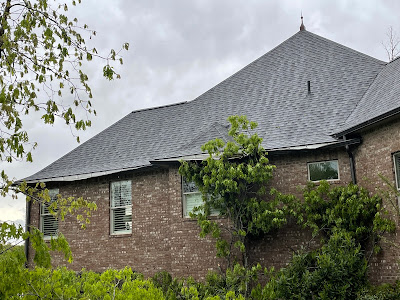 It could have been so much worse!  At least there will be fewer leaves to rake in the fall and fewer acorns for the squirrels to plant.