Strike while inspiration is hot

I started this year with high expectations for my Rainbow Scrap Challenge efforts, but around February I lost interest -- not only in RSC but sewing in general.  It seems like everything I started would stall at some point.  Oh, I had a few flourishes of finish-itis.  (Maybe I would feel better if I took stock of what I have accomplished.)  But I digress ...

A month or so ago I bought a new fabric I thought would inspire me to knock out some RSC blocks. 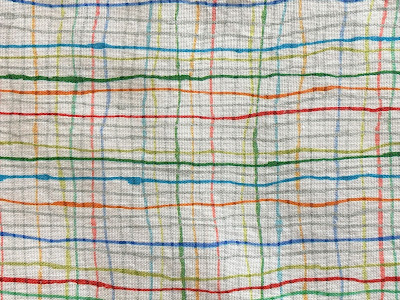 It has lots of colors to work with, but it doesn't sparkle like I'd hoped because of the density of the lines.  The linear nature also limits how it can be used.  So it sat folded on the shelf ... until ...

Several blogs recently have been featuring a new pattern by Preeti at Sew Preeti Quilts she calls Masala Box (available in her Etsy shop).  BINGO! I bet this would make a nice RSC block.  So Friday I did a test run with this month's color, lime green. 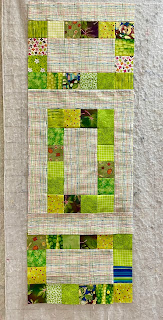 Hmm, not bad.  So Saturday I whipped up a couple of pink blocks, 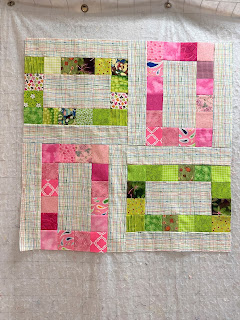 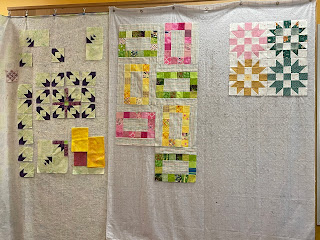 Monday, it was blue, then Tuesday, red, and Wednesday, purple, and today it will be orange 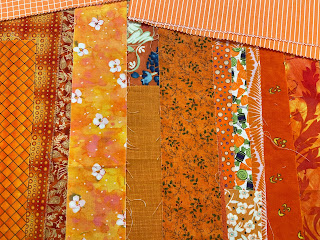 I'm thinking two blocks of 10 colors will give me a nice throw quilt with a 4x5 setting.

But wait, there's more!  I've been working with strips that have left me with a lot of twosies.   Inspired by  Cynthia Brunz's Scrap Mixology Series (Quilting is More Fun than Housework), I am doing this with my leftovers.  Same concept, smaller scale. 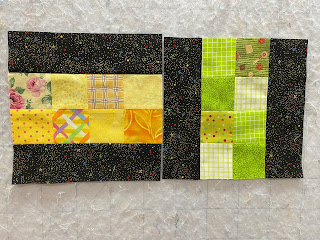 The pattern is Chaser Module (#3)  (available in Cynthia's Etsy shop).

Enough writing.  I need to get started on orange!