Late to the Party

I am disappointed in myself for not keeping up with the Rainbow Scrap Challenge (hosted by Angela at soscrappy) this year.  I have made some really pretty quilts with my challenge blocks in the past.  And I usually have had at least one, if not multiple projects, going throughout the months.  Some projects have carried into the next year until I have enough blocks to make at least a throw.  But I kept at it!  Not this year ...

I started Full Stop in January and it came to a full stop in February. 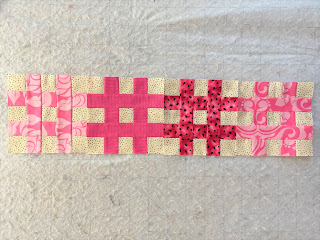 Maybe I'll whip those hashtags into a table scrap this week for a quick Christmas gift.

I was inspired by Scrap Magnet that I saw on Julie's Quilts and Costumes. But that lost it's "attraction" after the first block when I saw that my background choices didn't have enough value difference to make it worth the effort. 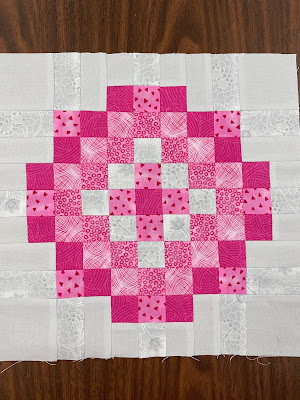 Though now that I look at it, maybe it ain't so bad.  I may try a second block.  I might even try some different backgrounds.  After all, it is a scrap challenge, isn't it?

To my credit, at the recent S'mores retreat I made some more Square Dance blocks (held over from 2020, I think) ... 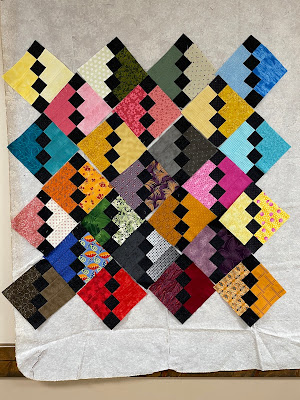 ... and assembled a rainbow of Masala Boxes. 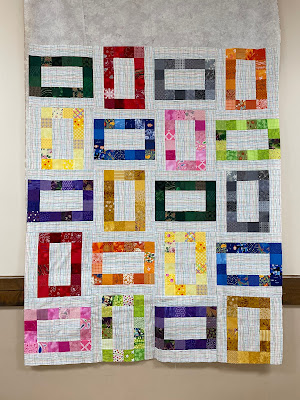 So I'm a little late to the RSC party, but I'm getting there!  Monday I started thinking about what I want to do for RSC '22 when I noticed that I had started '21 with Sister's Choice (another leftover from 2020).  I had three blocks in the box; today I'm ready to sew blocks into a quilt. 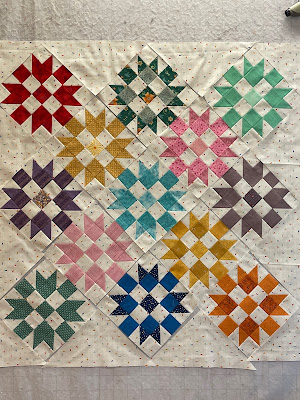 Check out other scrappy projects at ScrapHappy Saturday.