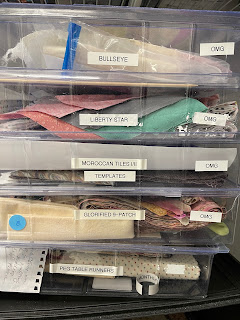 I was very cold-hearted and actually abandoned a couple of projects! Most of the projects that migrated to Priority One status only required auditioning and/or cutting borders, so that will be on this week's agenda (after I prep for and entertain the book club tomorrow). 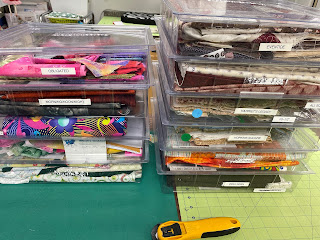 But, while taking my inventory of 80+ UFOs, I came across Obligated, a pattern by Jane Davidson from Australia. 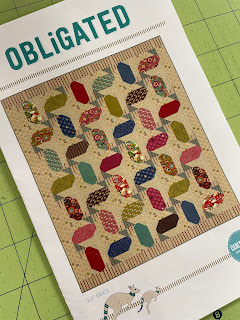 I began this project at the end of my Modern Guild days (which puts it about early 2018).  Lo and behold, I was only short two blocks! 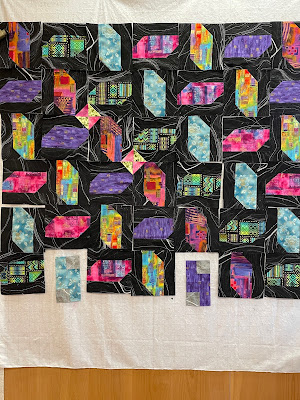 You may notice that I was testing some sew-and-flip corner squares in the pattern, but I decided that they detracted from the overall look, especially considering the work involved to add them. So DH and I agreed we should pretend we never knew they were supposed to be in there.

I had hoped to finish assembly on Saturday, but only got six of the seven rows done. 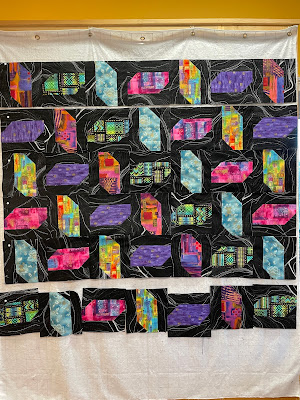 In homage to the origins of the design, I used a collection of aboriginal prints in the blocks and background. 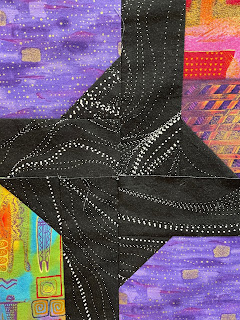 All of the feature fabrics have a touch of gold in them.  I tried to arrange the blocks so that the "pearls" carried over between blocks; I was only moderately successful ...

After this weekend's storms, I want to reassure my readers that we were spared here on the Plateau. Friends and family in Nashville, Middle Tennessee, and Arkansas had to take cover and lost power, but sustained little to no damage.  My heart goes out to those not so fortunate in Kentucky and other places along the storm's path.