I try to attack the Meadow Mist Mystery as soon as the clue is announced on the first Thursday of the month.  This month, being the last clue, included the final construction details.  I won't go into the details of my dilemma; suffice it to say my notes to myself left a lot to interpretation.  I managed to get it all laid out and about half of it together. 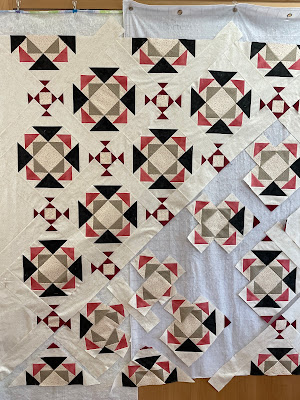 I'm really further along than that photo shows.  All the components are done and we have another month to finish before the final linkup.  This one will go with me to a retreat later this month.

I also like to wrap up my Rainbow Scrap Challenge projects early in the month but found myself scrounging for aqua/teal scraps.  I have muddled together two Chaser blocks ... 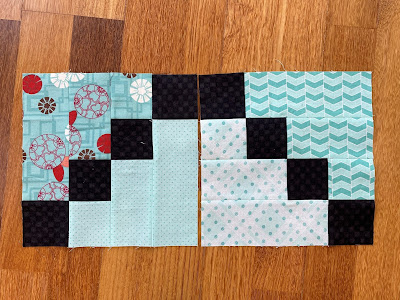 That just leaves a Scrap Magnet block for this month's challenge.

As I mentioned, there is another retreat on the schedule this month so I've been looking for projects that can benefit from the large tables we'll have at our disposal --mostly borders -- so I wrapped up the last two blocks for Positivity today. 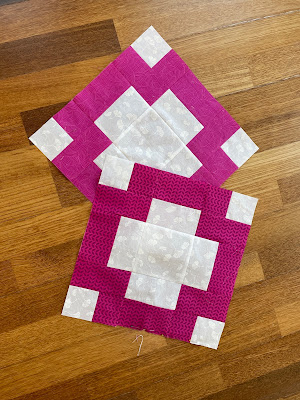 I think I have five project boxes in the stack now so it should prove to be a productive retreat.  I would like to take something new, too, and I always pack handwork in case I have machine issues.