The mystery:
How two different blocks can be made from the same pieces.

The magic:
The multitude of setting options.

The Bonus:
A third block.
Actually, youall came up with a lot more!


I hope those who played along have enjoyed the exercise.  It was fun to see your guesses along the way.  A couple of you were close in expecting there to be positive and negative results.  So without further ado ... ta-dah:

For Block A be sure to use the rail units that are pressed toward the light fabric.  If you spun the seams in Clue 5 as recommended, these rail units should nest with the 4-patch seams.  And just like the construction of the 4-patch units, as a double-check, you should never be sewing the same fabric together.

Why spin the seams?  When you spin the seams of a 4-patch construction, you can orient your block in any direction and it will automatically nest with the next block.  You're skeptical, I know.  But try it, it works!  I will say that, depending on how you assemble the blocks into a quilt, the seams where rail units meet end-to-end may not nest.  In that case I flip the seam at the intersection and press the seam into submission.

As I said before, you could make a quilt from all A blocks or all B blocks, but the more interesting construction comes from alternating A and B.  Because of the strong diagonal of the blocks, you can do just about anything you could do with a plain HST or a light/dark log cabin block.

For example, Furrows (or is this Sunshine and Shadows?): 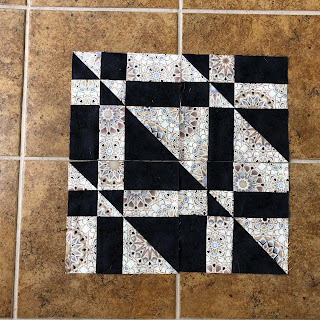 Or how about Barn Raising: 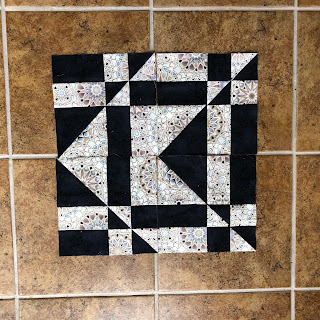 Shift and twist a few blocks and you get this: 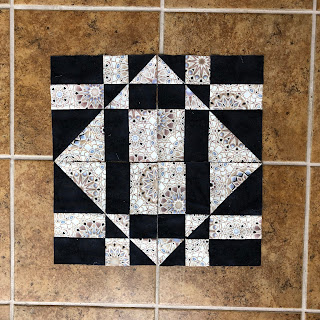 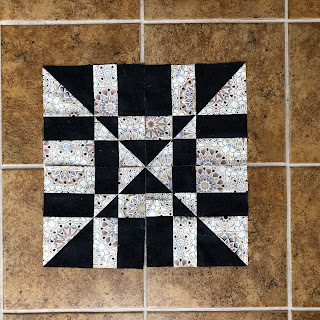 Check back tomorrow to see a finished quilt (not this one, though) and learn about the bonus block.

To give credit where credit is due, this mystery was inspired by a block called Hopkins Square in Judy Hopkins' book 501 Rotary-Cut Quilt  Blocks (Martingale & Company, Woodinville, WA, 2008).

I hope you had fun and I would love, Love, LOVE to see pictures of any finished quilts.